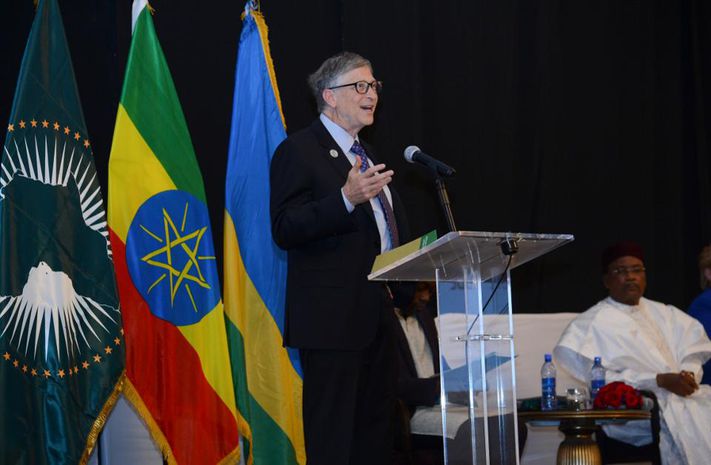 The Bill and Melinda Gates Foundation spends half of its budget, or $2 billion a year, on the continent of Africa. The money is going to improve medical care and agribusiness, both of which are essential to enhance living standards. But it is also trying to electrify the continent — one that has 500,000 people with no access to power, which is the basic building block for prosperity.

And now is the time: By 2050, Africa is expected to grow from 1.1 billion people to 2 billion. Those folks need medicine, food and electric power. According to the International Energy Agency, sub-Saharan Africa will require $400 billion by 2035 to modernize its energy foundation. The World Bank Group will invest $200 billion globally to 2025 to help get to a low-carbon future.

“We need to do a much better job of informing people about the challenges,” says Bill Gates in his year-end 2018 blog. “But I worry that wealthy countries are turning inward … (and) they’ll decide these efforts aren’t worth the cost,” he adds, referring to investments in healthcare and infrastructure.

It’s game on, though, for the Gates Foundation. And for the United Nations too, which has launched the Sustainable Energy for All that has a lofty goal of providing universal energy access by 2030. It also aims to double the use of both energy efficiency and renewable energy during the same time period.

Most of those without electricity are in Asia and sub-Saharan Africa, where power generation is about a tenth of where it is in other developing areas. Other regions without power include swaths of Latin America and the Philippines. Despite the noble efforts and based on current population trends, 1.2 billion — or 15 percent of the world’s population — will still lack access to electric power in 2030.

Separately, Gates has established the Breakthrough Energy Venture, which is a $1 billion fund with a long-term focus. It has a lofty goal of reducing greenhouse gas emissions by a half-gigaton a year.