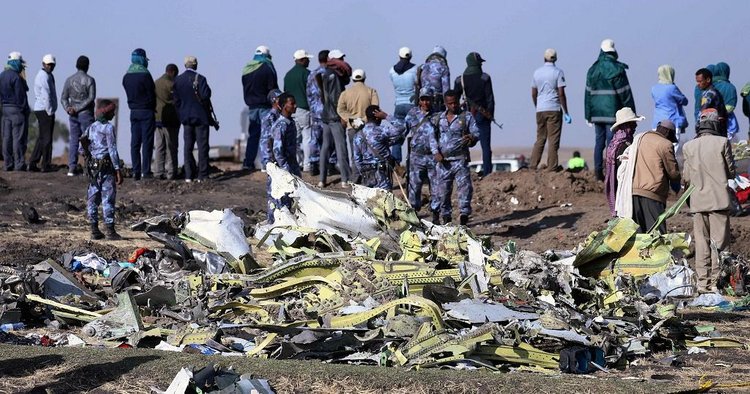 As investigations into the cause of the Ethiopian Airlines crash continue, the questions surrounding the safety of the Boeing Boeing 737 MAX aircrafts have triggered some reactions from airlines, aviation regulators and the world’s biggest plane maker itself.

Since Monday several airlines including from Indonesia, China, Morocco, Singapore and Ethiopia have grounded their fleets of the Boeing 737 MAX planes.

The United States aviation regulator on Monday said it would task Boeing to implement design changes by April.

The FAA also said Boeing will “update training requirements and flight crew manuals to go with the design change” to an automated protection system called the Maneuvering Characteristics Augmentation System or MCAS. The changes also include MCAS activation and angle of attack signal enhancements.

The FAA said in the notice made public that external reports are drawing similarities between the crashes in Ethiopia and Indonesia. “However, this investigation has just begun and to date we have not been provided data to draw any conclusions or take any actions,” according to the Continued Airworthiness Notification to the International Community for Boeing 737 MAX 8 operators.

Boeing later confirmed the directive by the Federal Aviation Administration (FAA), saying it will deploy a software upgrade across the 737 MAX 8 fleet “in the coming weeks