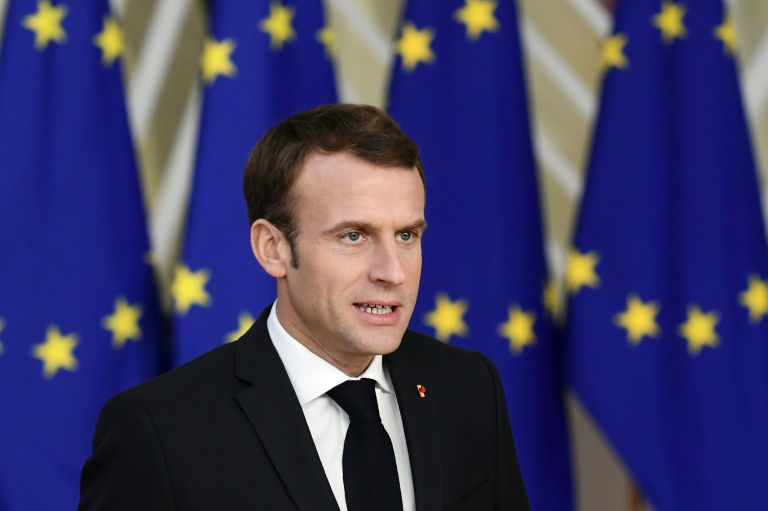 For his flaming appeal for a "new beginning in Europe" has received French President Emmanuel Macron in Brussels and partly in Berlin much agreement. EU Council President Donald Tusk said Tuesday he "fully" supports Macron's statements on democratic freedoms. EU Commission President Jean-Claude Juncker praised her as "trend-setting and goal-oriented". The official reaction of the Federal Government, however, was decidedly restrained: at first it did not want to give any rating in detail.

Macron had warned in a guest contribution for European newspapers from nationalistic isolation and the manipulation of angry citizens. The EU should not allow "that the nationalists, who have no solutions to offer, exploit the rage of the peoples," he wrote in the text that was published in Germany by the "world".

"Europe has never been so important since the Second World War, and yet Europe has never been in such great danger," Macron said in an article that apparently started his campaign for the European elections in late May. A "new beginning in Europe" must be based on the three pillars of "freedom, protection and progress".

Among other things, the French President supported the creation of a "European Agency for the Protection of Democracy". It should send experts to every Member State to protect the elections from hacker attacks and manipulation. In addition, the financing of European parties by "foreign powers" should be banned. It also needed "a joint border police and a European asylum authority".

In Brussels, Macron earned much praise. President Tusk said that in light of attempts to influence elections by "anti-European forces" in and out of the EU, he fully supports Macron's comments on democratic freedoms.

Commissioner Juncker said he was "very satisfied", partly because Macron's ideas were "congruent" with the Commission's proposals. "What Macron says is trend-setting and goal-oriented," said Juncker on ZDF. His spokesperson emphasized that several initiatives already existed or were in the process of being implemented.

Federal Finance Minister Olaf Scholz (SPD) also backed the French president. "I think he's right: not skepticism, but confidence should determine our actions," said the Vice Chancellor. Europe must be "sovereign and strong" so that we are not pushed around in the world. "

He sees the Federal Government as close to Paris, "when it comes to reforms for a Europe capable of action and a stable euro," added Scholz.

A government spokesman, however, expressed very reluctant to Macron's proposals. "It is important that the pro-European forces present their concepts before the European elections," he said in Berlin. "The Federal Government supports the committed discussion on the direction of the European Union."

Ex-Foreign Minister Sigmar Gabriel (SPD) criticized the German reaction as inadequate. Macron reaps for his reform proposals to the EU again "booming silence from Berlin or diplomatically wrapped ignorance," wrote the former SPD chief in a guest contribution for the "Tagesspiegel". "The Franco-German engine does not even stutter, but it simply stands still."

The former SPD chairman Martin Schulz sees Berlin now in the duty: "The Federal Government may not let him and France hang a second time," wrote Schulz in a guest contribution for the "mirror" with a view to Macron Sorbonne speech 2017, he had called for a "new foundation of Europe". Many of his proposals at the time have not been implemented yet.

The Federal Government, led by Chancellor Angela Merkel (CDU), must now show that she is serious, demanded Schulz. "Europe is not waiting, it's high time to act."