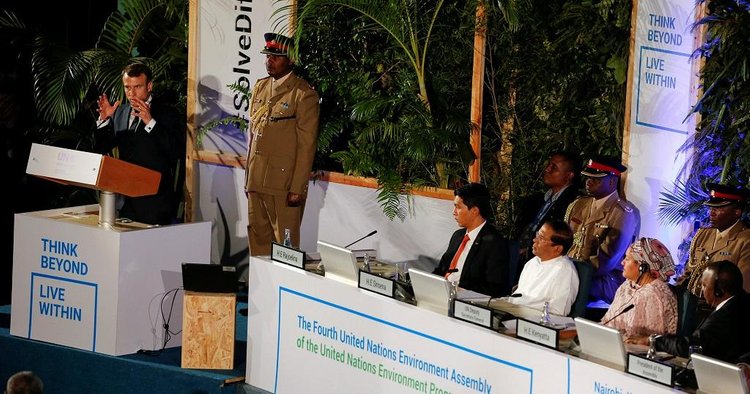 Kenya
The French President and his Kenyan counterpart have backed calls by scientists to urgently address some of the serious environmental issues the world over.

Addressing the 4th session of the United Nations Environment Assembly in Nairobi, Emmanuel Macron said the world can no longer be in a state of denial when the opportunity to reshape the future of the planet is now.

He he called on countries to invest in renewable forms of energy in order to reduce their dependence on fossil fuels.

Current global statistics are indeed quite sobering and projections for the future generations are dire and demand urgent action by governments, communities, business and individuals.

‘‘We know that the agenda that we have is essential and perhaps even more now because the United Nations has placed it at the heart of its own agenda and as I said earlier, the observations have been made a long time ago. Many heads of states and governments well before me or sometimes decades earlier have denounced scientists and the IPCC (Intergovernmental Panel on Climate Change) which said recently that we are not even on course on the Paris Agreement’‘, Macron said