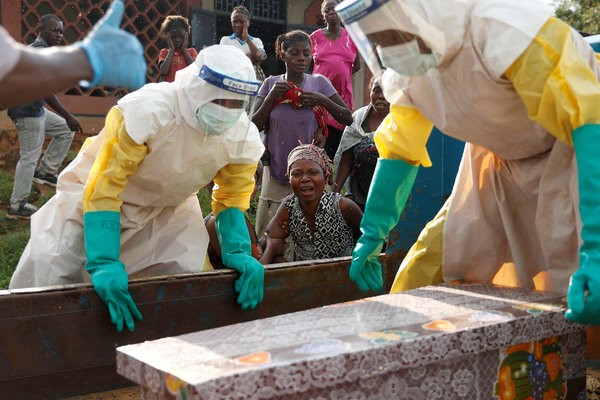 The family of a young woman who died from Ebola last month in the Democratic Republic of Congo dressed her body, put makeup on her face and propped her up in a car, hoping to make her look alive so they could drive her through checkpoints set up to prevent spread of the disease.

It was dangerous: Corpses are highly infectious. But they wanted to bury her in another town, next to her husband, who also had died of Ebola. Their desperate ploy failed. They were stopped at a checkpoint, according to a report from the country’s Ministry of Health.

The family’s flight, and apparent lack of understanding that bodily fluids spread the disease, help explain why this Ebola outbreak, in its seventh month, has become the second largest ever.

No end is in sight, despite the use of promising antiviral drugs and a vaccine that were not widely available in past epidemics. The deadliest outbreak occurred from 2014 to 2016, in Guinea, Liberia and Sierra Leone, and sickened 28,610 people and killed 11,308.