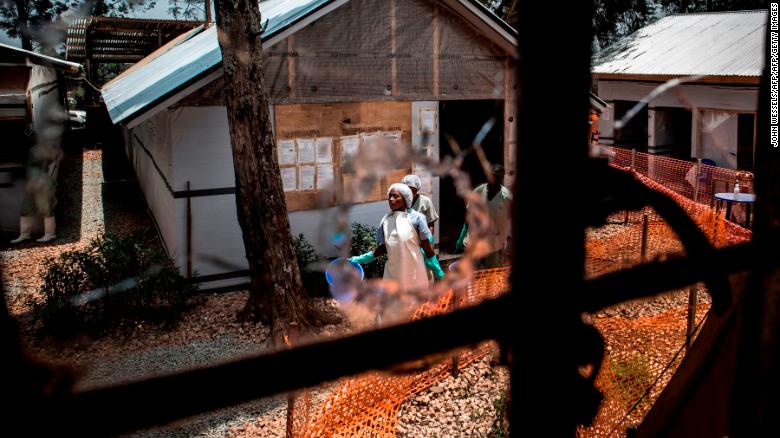 CNN) Militants attacked an Ebola treatment center in the Democratic Republic of Congo, killing a police officer as the nation battles a growing epidemic that has killed hundreds.

The World Health Organization said a staff member was injured in the Saturday attack by armed groups that targeted the center again last week. WHO Director-General Tedros Adhanom Ghebreyesus was in the nation on a three-day visit and spoke to officials and staff at the center after the attack.

"It breaks my heart to think of the health workers injured and police officer who died in today's attack, as we continue to mourn those who died in previous attacks, while defending the right to health," Tedros said. "But we have no choice except to continue serving the people here, who are among the most vulnerable in the world."