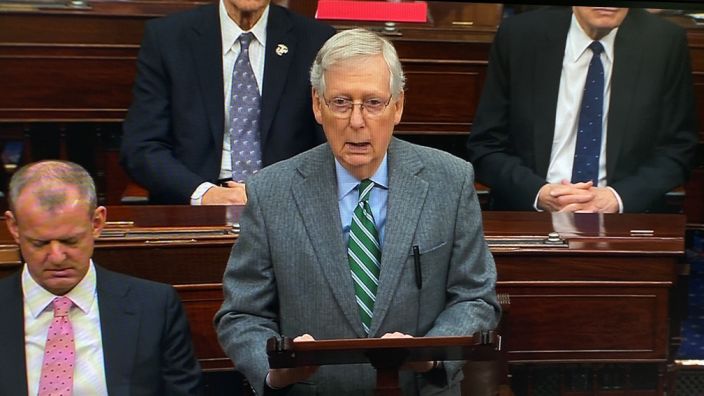 WASHINGTON — Senate Majority Leader Mitch McConnell released the rules for a Senate impeachment trial on Monday evening, the night before Republicans in the chamber are set to approve them by what is expected to be a party-line vote.

The most noteworthy detail: Republicans will leave the House impeachment managers only two days to make their opening arguments. In the 1999 impeachment trial of then-President Bill Clinton, House Republicans arguing the case against the Democratic president were given three days.
McConnell, R-Ky., will argue the current rules give House Democrats now making the case against Republican President Trump a total of 24 hours to make their arguments.

But limiting opening arguments to no more than two days and scheduling them to start on Wednesday 1 p.m., Democrats will be forced to make their case against the president well past midnight on Wednesday and Thursday night.

“It’s clear Senator McConnell is hell-bent on making it much more difficult to get witnesses and documents and intent on rushing the trial through,” Schumer said in a statement. “Any senator that votes for the McConnell resolution will be voting to hide information and evidence from the American people.”